Why we should use Python decorator

Decorator is one of the very important features in Python, and you may have seen it many places in Python code, for instance, the functions with annotation like @classmethod, @staticmethod, @property etc. By definition, decorator is a function that extends the functionality of another function without explicitly modifying it. It makes the code shorter and meanwhile improve the readability. In this article, I will be sharing with you how we shall use the Python decorators.

If you have checked my this article about the Python closure, you may still remember that we have discussed about Python allows to pass in a function into another function as argument. For example, if we have the below functions:

We can pass in the send_email function to add_log as argument, and then we trigger the sending of the email.

This code will generate the output as per below:

Python decorator as a function

Before Python 2.4, the classmethod() and staticmethod() function were used to decorate functions by passing in the decorated function as argument. And later the @ symbol was introduced to make the code more concise and easier to read especially when the functions are very long.

So let implement our own decorator with @ syntax.

Assuming we have the below decorator function and we want to check if user is in the whitelist before allowing he/she to access certain resources. We follow the Python convention to use wrapper as the name of the inner function (although it is free of your choice to use any name).

Next, we decorate our function with permission_required as per below:

When we call our function as per normal, we shall expect the decorator function to be executed first to check if user is in the whitelist.

You can see the below output has been printed out:

If we pass in some user name not in the whitelist:

You would see the permission denied exception raised which shows everything works perfect as per we expected.

But if you are careful enough, you may find something strange when you check the below.

So it seems there is some flaw with this implementation although the functional requirement has been met. The function signature has been overwritten by the decorator, and this may cause some confusing to other people when they want to use your function.

To solve this problem, we will need to introduce one more Python module functools, where we can use the wraps method to update back the metadata info for the original function.

Let update our decorator function again by adding @wraps(func) to the wrapper function:

Finally, when we check the function signature and name again, it shows the correct information now.

Python decorator as a class

Decorator function can be also implemented as a class in case you find your wrapper function has grown too big or has nested too deeply. To make this happen, you will need to implement a __call__ function so that the class instance become callable with the decorated function as argument.

Below is the code that implements our earlier example as a class:

Take note that we will need to call the update_wrapper function to manually update the metadata for our decorated function. And same as before, we can continue using @ with class name to decorate our function.

In this article, we have reviewed through the reasons of Python decorators being introduced with the basic syntax of implementing our own decorators. And we also discussed about the decorator as function and class with some examples. Hopefully this article would help you to enhance your understanding about Python decorator and guide you on how to use it in your project. 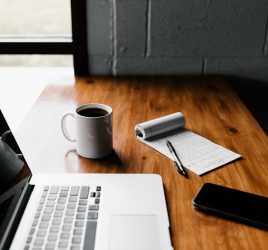 8 Common Python Mistakes You Shall Avoid 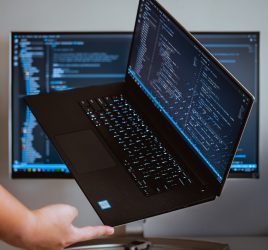