If you have worked on some projects that requires API calls to the external parties or uses 3rd party libraries, you may sometimes run into the problem that you are able to get the correct return results but it also comes back with a lot of noises in the stdout and stderr. For instance, the developer may leave a lot of “for your info” messages in the standard output or some warning or error messages due to the version differences in some of the dependency libraries.

All these messages would flood your console and you have no control on the source code, hence you cannot change its behavior. To reduce these noises, one option is to suppress stdout and stderr messages during making the function call. In this article, we will discuss about some recipes to suppress the messages for such scenarios.

Unexpected messages from stdout and stderr

To further illustrate the issue, let’s take a look at the below example. Assuming we have below check_result function in a python file externallib.py, and this represents an external library.

If you import the module and call the check_result function, you would be definitely getting the result as True, but you would see both the stdout and stderr messages from your console as well.

Both stdout and stderr messages were printed out in the console:

To stop these messages from printing out, we need to suppress stdout and stderr in the way that it redirects the output into a devnull file (similiar to /dev/null in Linux which is typically used for disposing of unwanted output streams) right before calling the function, and then redirect the outputs back after the call completed.

To do that, the best approach is to use a context manager, so that it is automatically directed/redirected upon the entry and exit of the context manager.

So let’s implement a context manager to perform the below:

Below is the code snippet:

And if you call the check_result again within this context manager as per below:

You would not see any messages printed out from check_result function, and the return result would remain as True. This is exactly what we are expecting!

With the above decorator implementation, you shall be able to get the same result when you call the function:

Everything seems to be good as of now, are we going to conclude here? Wait, there is something else we can still improve – instead of totally discard the messages, can we collect them into logging file?

If you scroll down the Python contextlib documentation further, you will notice there are two methods related to stdout and stderr: redirect_stdout and redirect_stderr . They are quite self-explanatory by their names, and also accept a file-like object as the redirect target.

With these two functions, we shall be able to make our code even more concise, meanwhile we can easily collect back the output message into our log file.

If you check the log file, you shall see the stdout and stderr messages were collected correctly.

Of course, if you wish to continue disposing these messages, you can still specify the target file as devnull, so that nothing will be collected.

With all the above examples and explanations, hopefully you are able to use the code snippets and customize it to meet the objective in your own project. Directly disposing the stderr sometimes may not be a good idea in case there are some useful information for your later troubleshooting, so I would recommend to collect it into a log file as much as possible and do proper housekeeping to ensure the logs are not growing too fast.

If you are looking for solution to suppress certain known python exceptions, you may check out the suppress function from contextlib package. 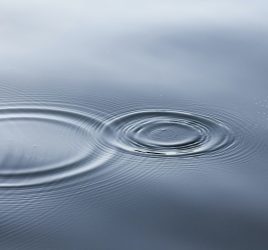 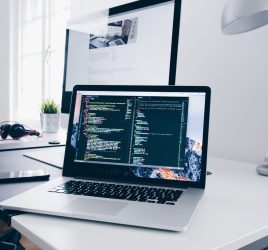 Great post! We are linking to this great content on our site. Keep up the great writing. Margaux Gayle Fabrianna

Your mode of describing the whole thing in this piece of writing is genuinely fastidious, all be able to easily be aware of it, Thanks a lot. Kellen Berk Seta

Thanks for some other excellent post. The place else could anyone get that kind of information in such a perfect
way of writing? I’ve a presentation subsequent week, and I’m at
the look for such information.

I am so grateful for your blog post.Really thank you! Cool. Miss Groeschel

Thanks for your reading!